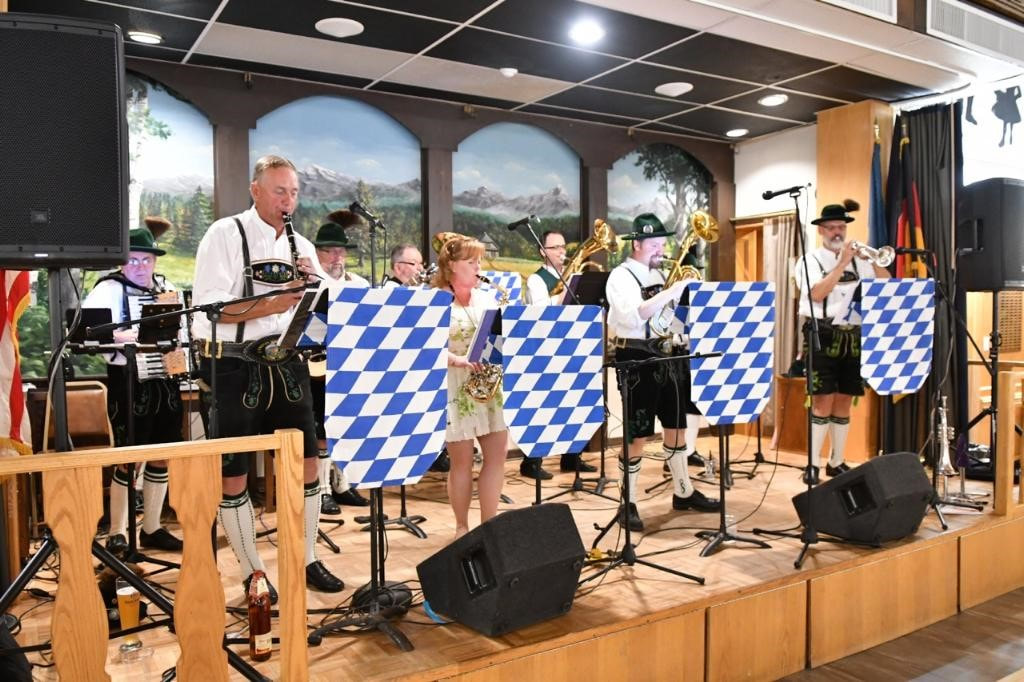 In 2006 the Enzian Volkstanzgruppe traveled to Bad Kohlgrub in Bavaria where they heard the local Blaskapelle, and were inspired to create our own Blaskapelle in Delaware. In 2008 we started out with just six musicians. Soon we were playing at various Delaware Saengerbund events, including the DSB Stiftungsfest, Christmas Bazaar, and Tannenbaum Nacht. In 2009 we were asked to play for the Fahnenweihe of the DSB, and we needed to come up with a name for the band. Piggybacking on the name of the dance club, we named ourselves the “Enzian Musikanten.” Soon we were playing across the region, including several Oktoberfests in Delaware, Maryland, and Pennsylvania, and the Heimatabend at the 2011 Gaufest in Orlando, Florida as well as the 2013 Gaufest Heimataband in Sandusky, Ohio.

We have always prided ourselves by performing traditional volksmusik in its authentic form. Recently the group has expanded and we split into two musical entities: a larger Blaskapelle and a smaller Tanzlmusik group. We currently play at Delaware Saengerbund events, and selected events throughout the region, usually in support of the Enzian Volkstanzgruppe.
​
You can follow us at Twitter via @EnzianMusikantn or for inquiries we can be reached at Enzian.Musikanten@gmail.com